The Good Brother: A Novel (Paperback) 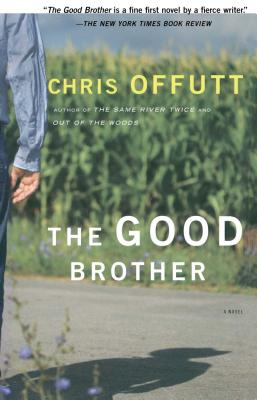 The Good Brother: A Novel (Paperback)


On Our Shelves Now
Virgil Caudill has never gone looking for trouble, but this time he's got no choice -- his hell-raising brother Boyd has been murdered. Everyone knows who did it, and in the hills of Kentucky, tradition won't let a murder go unavenged. No matter which way he chooses, Virgil will lose.
The Good Brother, Chris Offutt's finely crafted first novel, is the story of Virgil's struggle to find his real self in the wake of an impossible choice. Traversing the American landscape from the hollows of Eastern Kentucky to the plains of Montana, Offutt explores the hunger for belonging that drives our most passionate beliefs, and in the process shows himself to be one of our most powerful storytellers.
Chris Offutt is an award-winning author and screenwriter. He worked on the HBO drama True Blood and the Showtime series Weeds. His books include Kentucky Straight, The Same River Twice, The Good Brother, Out of the Woods, and No Heroes: A Memoir of Coming Home. His work has appeared in The Best American Essays, The Best American Short Stories, and many other anthologies. He lives near Oxford, Mississippi.
Wade Hall The Baltimore Sun With The Good Brother Chris Offutt shows us storytelling at its best in a novel in which the story is only the beginning of its riches.

Blake de Pastino Albuquerque Alibi Chris Offutt has made a famously difficult transition -- from the short story to the novel -- with style and grace. He has himself developed into a writer of high order.