A General History of the Lives, Murders and Adventures of the Most Notorious Rogues (Hardcover) 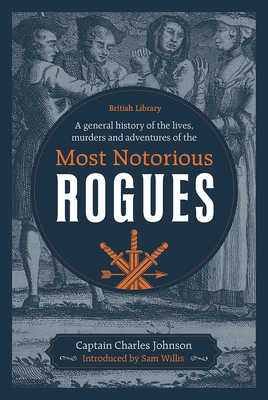 A General History of the Lives, Murders and Adventures of the Most Notorious Rogues (Hardcover)


Email or call for price.
Buoyed by the runaway success of his bestselling A General History of the Pirates (1724), Captain Charles Johnson went on to publish a much-expanded edition of the work to include a further 80 accounts of some of the most extraordinary British criminals of the seventeenth and eighteenth centuries entitled A General History of the Lives and Adventures of the Most Famous Pirates, Highwaymen, Murderers, Street-Robbers, &c. (1734). He added further pirate biographies but expanded the cast to include a ferocious band of ruthless and vicious highwaymen, murderers, and wider criminals. Originally published in folio size complete with fine engravings, this new collection of rogues includes the very best of these original decorative plates but also presents a series of related illustrations, playbills, and portraits from the British Library collections.
The identity of Captain Charles Johnson has long been a mystery. Suspected as a pseudonym for Daniel Defoe, author of Robinson Crusoe, or even as a pirate himself, neither has ever been confirmed. His books are the prime source of information on the great age of piracy and road adventurers and have inspired numerous plays, books, and films including Treasure Island, Peter Pan, and Pirates of the Caribbean.