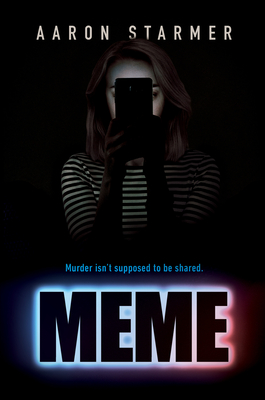 
Usually Arrives in Store in 1-5 Days
A tense, psychological thriller for the internet age about the destructive combination of self-important goals and self-serving plans.

Cole Weston—former friend, former boyfriend—has become dangerous, erratic. Something needs to be done. Getting rid of Cole is practically a public service. So high school seniors Holly Morse, Grayson Hobbs, Logan Bailey, and Meeka Miller devise a plan. Kill Cole. Bury him in the woods behind Meeka’s house. Bury him deep, deep in the ground along with four old cell phones, wiped except for their video confession as insurance that no one will ever betray the group. Everything is perfect, until the meme appears. It’s a screenshot from their confession… a confession that’s supposed to be entombed with Cole forever in the cold Vermont dirt.
Aaron Starmer is the author of numerous novels for young readers, including The Only Ones, The Riverman, and his young adult novel, Spontaneous. He lives in Vermont with his wife and daughter.

You can find Aaron online at @AaronStarmer.