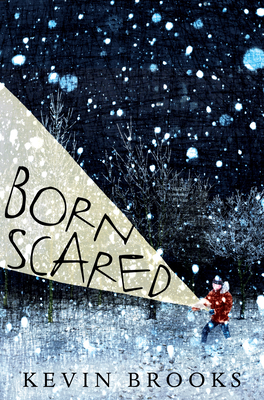 
Email or call for price.
Elliot has lived his first thirteen years confined to his home, incapacitated by fear. Now he’s out of pills, snow is falling, and his only safe person is missing. A terrifying thriller from Carnegie Medalist Kevin Brooks.

From the moment of his birth, Elliot’s life has been governed by fear of almost everything, even of his own fear — a beast that holds him prisoner in his room. The beast is kept at bay, though not eliminated, with a daily regimen of pills. But on Christmas Eve, a mix-up at the pharmacy threatens to unleash the beast full force, and his mother must venture out in a raging snowstorm to a store that should be only minutes away. Hours later, when she still hasn’t returned, Elliot sees no choice but to push through his terror, leave the house, and hunt for her. What happens if the last of his medication wears off and the beast starts scratching at the doors of his mind? Everyone has a breaking point — will Elliot come to his? With plot twists and turns that keep readers on the edge of their seats, multi-award-winning author Kevin Brooks offers a high-suspense exploration of fear and what it means to truly be afraid.
Kevin Brooks is a critically acclaimed young adult novelist whose first book, Martyn Pig, was named a Publishers Weekly “Flying Start” selection. His most recent novel, The Bunker Diary, won the Carnegie Medal. He lives in Essex, England.
Suspensefully told from multiple perspectives, and jumping back and forth in the narrative timeline, the text gradually reveals the seemingly innocent circumstances that lead to the day's disturbing events...the narrative inexorably draws characters toward one another—and into a surprising, explosive climax.
—Kirkus Reviews

In this gripping...thriller...Brooks (Five Hundred Miles) creates a compelling character in Elliot and successfully depicts a dangerous environment filtered through a profound mental illness.
—Publishers Weekly

...the heart of this novel—a meditation on Elliot’s relationship to fear as it paralyzes him, protects him, and eventually propels him forward to find courage—is compelling.
—The Horn Book

Brooks seems to write regardless of what others will think, not afraid to talk about sensitive topics, like mental illness described from a teen's perspective...This adventurous story may be helpful in allowing readers to empathize with those who suffer from anxiety and is a great read for anyone interested in literature from writers not afraid to write outside social norms.
—Shelf Awareness for Readers