A Collector's Guide to the Savage 99 Rifle and Its Predecessors, the Model 1895 and 1899 (Hardcover) 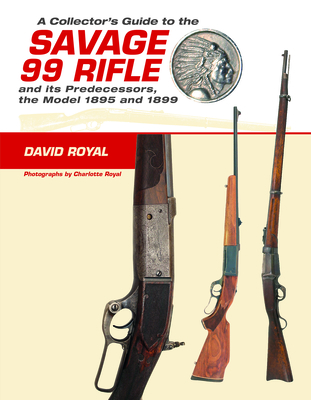 A Collector's Guide to the Savage 99 Rifle and Its Predecessors, the Model 1895 and 1899 (Hardcover)


Email or call for price.
This is the first book to cover every aspect of the Savage 99 family of centerfire rifles from the prototypes to the last rifle produced, including Savage's only production military rifle, the Montreal Home Guard musket from WWI. It is also the first book on the Model 99 to be photo driven, with more than 250 color images. The book covers the variations in each model and addresses comparisons between similar models; dispels a number of myths, misconceptions, and catalog errors and omissions; and contains complete production figures by serial number and year. Special features and factory engraved rifles are also included, covering every style of engraving by Enoc Tue in the early twentieth century, the 99K, the PE and DE, and commemoratives.
The author has had a long infatuation with the Savage 99 and is a Florida native now living in Wyoming. He started collecting and displaying the rifles in 2005 and is a former freelance magazine writer and photographer.