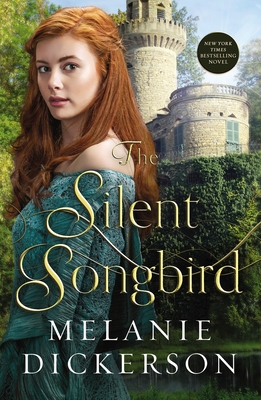 Evangeline is gifted with a heavenly voice, but she is trapped in a sinister betrothal until she embarks on a daring escape and meets brave Westley le Wyse. Can he help her discover the freedom to sing again?

Desperate to flee a political marriage to her cousin King Richard II's closest advisor, Lord Shiveley--a man twice her age with shadowy motives--Evangeline runs away and joins a small band of servants journeying back to Glynval, their home village.

Pretending to be mute, she gets to know Westley le Wyse, their handsome young leader, who is intrigued by the beautiful servant girl. But when the truth comes out, it may shatter any hope that love could grow between them.

More than Evangeline's future is at stake as she finds herself entangled in a web of intrigue that threatens England's monarchy. Should she give herself up to protect the only person who cares about her? If she does, who will save the king from a plot to steal his throne?

"When it comes to happily-ever-afters, Melanie Dickerson is the undisputed queen of fairy-tale romance, and all I can say is--long live the queen " --Julie Lessman, award-winning author