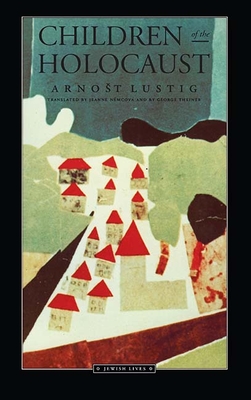 Children of the Holocaust is a landmark of Holocaust literature and among the finest works produced since World War II. These profoundly moving stories transcend the gruesome realities of the camps; their strength is that of the human spirit, the individual's ability to achieve moral triumph through action. This volume contains sixteen short stories and the novel Darkness Casts No Shadow.

ARNOŠT LUSTIG (1926–2011) was born in Czechoslovakia in 1926. After internment in Theresienstadt, Buchenwald, and Auschwitz, he escaped from a train of prisoners bound for Dachau. He returned to Prague to fight in the Czech resistance in 1945 and went into exile following the Soviet invasion of Czechoslovakia in 1968. Lustig now lives in the United States, where he teaches writing, literature, and the history of film at the American University.

"One is grateful for Mr. Lustig's quiet prose and for the fiction that we are reading fiction." —New Yorker

"Lustig is not only an eyewitness but also a skillful, gifted writer. . . . With age, exile and distance, he appears to have outgrown mere brilliance and learned to deal with the past in his own way."  —New York Times Book Review

"No one reading them could ever feel that they were only stories."  —Times Literary Supplement