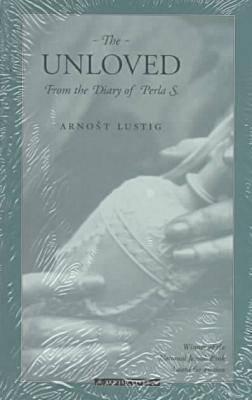 Winner of the National Jewish Book Award for Fiction
Perla S. is a beautiful seventeen-year-old girl who, while interred in the Theresienstadt concentration camp, becomes a prostitute. Capturing Perla's voice through a series of diary entries, Arnost Lustig shows how she maintains her integrity, honesty, and hope amidst lies and horror. This first paperback edition has been extensively revised and expanded by the author.

Arnost Lustig (Czech pronunciation: [ˈarnoʃt ˈlustɪk]) (21 December 1926 - 26 February 2011) was a renowned Czech Jewish author of novels, short stories, plays, and screenplays whose works have often involved the Holocaust. Lustig was born in Prague. As a Jewish boy in Czechoslovakia during World War II, he was sent in 1942 to the Theresienstadt concentration camp, from where he was later transported to the Auschwitz concentration camp, followed by time in the Buchenwald concentration camp. In 1945, he escaped from a train carrying him to the Dachau concentration camp when the engine was mistakenly destroyed by an American fighter-bomber. He returned to Prague in time to take part in the May 1945 anti-Nazi uprising. After the war, he studied journalism at Charles University in Prague and then worked for a number of years at Radio Prague.