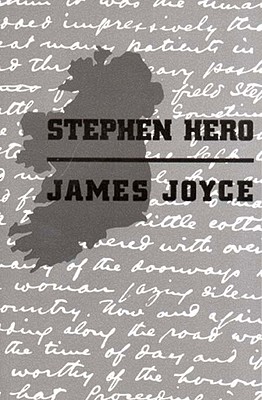 Stephen Hero is an early version of Joyce's A Portrait of the artist as a Young Man.

It was originally rejected on grounds of indecency—so the story goes— by twenty publishers, whereupon Joyce threw the manuscript in the fire, but Mrs. Joyce rescued several unburnt portions.

Although Joyce later entirely rewrote his novel of a young Irishman's rebellion against church, country and family, this early version is beautifully composed, the mood being more discursive and personal than in A Portrait. Many episodes later cut for the sake of good novelistic form, especially autobiographical episodes of sensual and family life, are fully presented, with some of the most vivacious dialogue Joyce ever wrote. Between them, the two versions give us a clear example of Joyce's literary development as well as many details of his life.

This edition of Stephen Hero for the first time printed the five missing pages of the novel found among the papers in the Joyce Collection of the Cornell University Library. These pages fill gaps in the text as edited in 1956 by John J. Slocum and Herbert Cahoon and also extend the narrative. The main text of Stephen Hero is a connected, nearly self-contained passage of 383 manuscript pages which turned up soon after Joyce's death. It was first edited by Theodore Spencer and published by New Directions in 1944. In this edition, introductions by the successive editors discuss the literary and bibliographical aspects of this important early work by one of the great modern masters.

John J. Slocum, who died in 1997, was one of the world's foremost Joyce scholars.

Herbert T. F. Cahoon was a curator who presided over the collection of literary and historical manuscripts at the Morgan Library for 35 years.

The most important literary event of the year. And indeed there is hardly an exact parallel for it in all our literary history.
— The New York Times

The dominant writer of the twentieth century.
— Harold Bloom