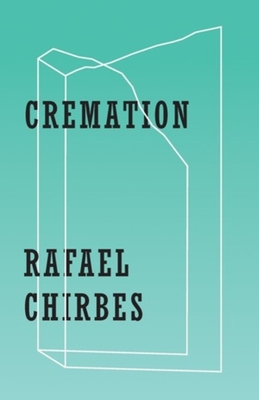 An overflowing, mesmeric masterpiece about greed from “one of the most remarkable authors on the Spanish scene” (The Guardian)

Along the Mediterranean coastline of Spain, real-estate developers scramble to transform the once pastoral landscape into tourist resorts, nightclubs, and beachfront properties with lavish bars and pools. The booming post-Franco years have left everything up for grabs. Cremation opens with the death of Matías, a paterfamilias who had rejected all of these changes and whose passing sets off a chain reaction, uncovering a past that had been buried for years, and leading those closest to him to question the paths they’ve chosen.

In a rich mosaic narrative, filled with a hypnotic chorus of voices, Cremation explores the coked-up champagne fizz of luxurious parties shadowed by underworlds of political corruption, prostitution, and ruthless financial speculation. The novel enters that melancholy ouroboros of capitalist greed that led to the financial crash and captures something essential about our values, our choices, and our all too human mistakes. Like William Faulkner or Francis Bacon, Chirbes stares, clear-eyed, into the abyss, and portrays us as we really are.

Rafael Chirbes (1949-2015) wrote ten novels and received the National Prize for Literature and the Critics Prize for On the Edge. ABC named him “the best writer of the twenty-first century in Spain."

Valerie Miles, an editor, writer, translator, and professor, is the cofounding editor of the literary journal Granta in Spanish.
Chirbes imbues the characters with passion and intellect...what emerges is a strong sense of late 20th-century Spanish culture and politics.
— Publishers Weekly

A man’s death stirs thoughts among his family and friends, who are also connected by their experience of Spain’s economic surge through the early aughts. A challenging excursion from one of Europe’s most distinctive voices.
— Kirkus, (Starred Review)

Utterly convincing in its psychological details, but also memorable for the beauty of its writing and rhythms.
— Colm Tóibín

Rafael Chirbes is a master of the kind of Spanish literature that shines most brightly in lyrical descriptive passages and powerful metaphors.
— Mara Faye Lethem - The New York Times

The works of the late Spanish novelist Rafael Chirbes offer a rebuke to what we might call lifestyle literature. Two of his final novels, Cremation and On the Edge, both published in translation by New Directions, reclaim a decayed form of modernism to castigate the late aughts’ feast of mammon.

Chirbes' novel is a quite powerful book of testimonies and experiences, an indictment of post-Franco Spain that has barreled more or less blindly ahead, damn to many of the consequences.
— Complete Review