Takedown: Inside the Hunt for Al Qaeda (Hardcover) 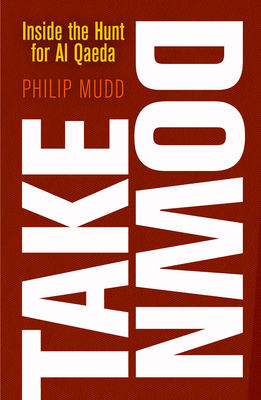 Takedown: Inside the Hunt for Al Qaeda (Hardcover)

On September 11, 2001, as Central Intelligence Agency analyst Philip Mudd rushed out of the Eisenhower Executive Office Building next to the White House, he could not anticipate how far the terror unleashed that day would change the world of intelligence and his life as a CIA officer. For the previous fifteen years, his role had been to interpret raw intelligence and report his findings to national security decision makers. But within weeks of the 9/11 attacks, he would be on a military aircraft, flying over the Hindu Kush mountains, en route to Afghanistan as part of the U.S. government's effort to support the fledging government there after U.S. forces had toppled the Taliban. Later, Mudd would be appointed deputy director of the CIA's rapidly expanding Counterterrorist Center and then senior intelligence adviser at the FBI. A first-person account of Mudd's role in two organizations that changed dramatically after 9/11, Takedown sheds light on the inner workings of the intelligence community during the global counterterror campaign.

Here Mudd tells how the Al Qaeda threat looked to CIA and FBI professionals as the focus shifted from a core Al Qaeda leadership to the rise of Al Qaeda-affiliated groups and homegrown violent extremism from Europe, the Middle East, and Asia. As a participant in and a witness to key strategic initiatives--including the hunt for Osama bin Laden and efforts to displace the Taliban--Mudd offers an insider's perspective on the relationships between the White House, the State Department, and national security agencies before and after the invasions of Iraq and Afghanistan. Through telling vignettes, Mudd reveals how intelligence analysts understood and evaluated potential dangers and communicated them to political leaders. Takedown is a gripping narrative of tracking terrorism during what may be the most exhilarating but trying times the American intelligence community has ever experienced.
Philip Mudd served as Deputy Director of the Counterterrorist Center at the Central Intelligence Agency and later as Deputy Director of the National Security Branch at the Federal Bureau of Investigation. He is an independent consultant and a Research Fellow at the New America Foundation.