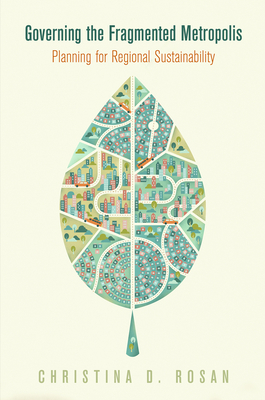 Today the challenges facing our nation's metropolitan regions are enormous: demographic change, aging infrastructure, climate change mitigation and adaptation, urban sprawl, spatial segregation, gentrification, education, housing affordability, regional equity, and more. Unfortunately, local governments do not have the capacity to respond to the interlocking set of problems facing metropolitan regions, and future challenges such as population growth and climate change will not make it easier. But will we ever have a more effective and sustainable approach to developing the metropolitan region? The answer may depend on our ability to develop a means to govern a metropolitan region that promotes population density, regional public transit systems, and the equitable development of city and suburbs within a system of land use and planning that is by and large a local one. If we want to plan for sustainable regions we need to understand and strengthen existing metropolitan planning arrangements.
Christina D. Rosan observes that policy-makers and scholars have long agreed that we need metropolitan governance, but they have debated the best approach. She argues that we need to have a more nuanced understanding of both metropolitan development and local land use planning. She interviews over ninety local and regional policy-makers in Portland, Denver, and Boston, and compares the uses of collaboration and authority in their varying metropolitan planning processes. At one end of the spectrum is Portland's approach, which leverages its authority and mandates local land use; at the other end is Boston's, which offers capacity building and financial incentives in the hopes of garnering voluntary cooperation. Rosan contends that most regions lie somewhere in between and only by understanding our current hybrid system of local land use planning and metropolitan governance will we be able to think critically about what political arrangements and tools are necessary to support the development of environmentally, economically, and socially sustainable metropolitan regions.