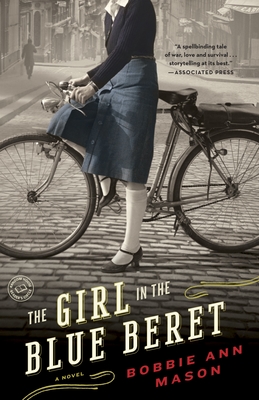 Inspired by the wartime experiences of her father-in-law, Bobbie Ann Mason has crafted the haunting and profoundly moving story of an American World War II pilot shot down in Occupied Europe, and his wrenching odyssey of discovery, decades later, as he uncovers the truth about those who helped him escape in 1944.

At twenty-three, Marshall Stone was a confident, cocksure U.S. flyboy stationed in England, with several bombing raids in a B-17 under his belt. But when enemy fighters forced his plane to crash-land in a Belgian field during a mission to Germany, Marshall had to rely solely on the kindness of ordinary Belgian and French citizens to help him hide from and evade the Nazis. Decades later, restless and at the end of his career as an airline pilot, Marshall returns to the crash site and finds himself drawn back in time, unable to stop thinking about the people who risked their lives to save Allied pilots like him. Most of all, he is obsessed by the girl in the blue beret, a courageous young woman who protected and guided him in occupied Paris.

Framed in spellbinding, luminous prose, Marshall’s search for her gradually unfolds, becoming a voyage of discovery that reveals truths about himself and the people he knew during the war. Deeply beautiful and impossible to put down, The Girl in the Blue Beret is an unforgettable story—intimate, affecting, exquisite—of memories, second chances, and one intrepid girl who risked it all for a stranger.

Bobbie Ann Mason is the author of In Country, Shiloh and Other Stories, An Atomic Romance, Nancy Culpepper, and a memoir, Clear Springs. She is the winner of the PEN/Hemingway Award, two Southern Book Awards, and numerous other prizes, including the O. Henry and the Pushcart. She was a finalist for the National Book Critics Circle Award, the American Book Award, the PEN/Faulkner Award, and the Pulitzer Prize. She is writer-in-residence at the University of Kentucky.

“A spellbinding tale of war, love and survival . . . storytelling at its best.”—Associated Press

“A deeply moving, relevant novel . . . What a stirring tribute to the Resistance this novel is; along with a heartfelt salute to the ordinary women and even girls who sprinkled sand in the gears of Hitler’s army, fighting back in innumerable subtle ways against the Occupation.”—The Washington Post

“[Bobbie Ann Mason] writes with care and grace, creating fully developed, complicated characters that readers will care for and remember long after finishing the book.”—Pittsburgh Post-Gazette

“Ushering her readers back and forth across the decades, [Mason] perfectly weaves history with fiction. . . . [A] near-perfect war story.”—USA Today

“[An] impressive, impassioned new novel. The unforgettable story . . . is a gripping tale of redemption.”—The Miami Herald