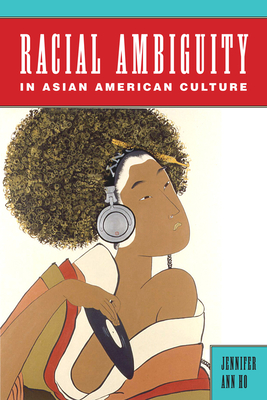 
Usually Arrives in Store in 1-5 Days
The sheer diversity of the Asian American populace makes them an ambiguous racial category. Indeed, the 2010 U.S. Census lists twenty-four Asian-ethnic groups, lumping together under one heading people with dramatically different historical backgrounds and cultures. In Racial Ambiguity in Asian American Culture, Jennifer Ann Ho shines a light on the hybrid and indeterminate aspects of race, revealing ambiguity to be paramount to a more nuanced understanding both of race and of what it means to be Asian American.  Exploring a variety of subjects and cultural artifacts, Ho reveals how Asian American subjects evince a deep racial ambiguity that unmoors the concept of race from any fixed or finite understanding. For example, the book examines the racial ambiguity of Japanese American nisei Yoshiko Nakamura deLeon, who during World War II underwent an abrupt transition from being an enemy alien to an assimilating American, via the Mixed Marriage Policy of 1942. It looks at the blogs of Korean, Taiwanese, and Vietnamese Americans who were adopted as children by white American families and have conflicted feelings about their “honorary white” status. And it discusses Tiger Woods, the most famous mixed-race Asian American, whose description of himself as “Cablinasian”—reflecting his background as Black, Asian, Caucasian, and Native American—perfectly captures the ambiguity of racial classifications.    Race is an abstraction that we treat as concrete, a construct that reflects only our desires, fears, and anxieties. Jennifer Ho demonstrates in Racial Ambiguity in Asian American Culture that seeing race as ambiguous puts us one step closer to a potential antidote to racism.
JENNIFER ANN HO is an associate professor in the English and comparative literature department at the University of North Carolina at Chapel Hill. She is the author of Consumption and Identity in Asian American Coming-of-Age Novels.
"With nuanced, original readings and fluid prose, Racial Ambiguity in Asian American Culture exceeds other studies of multiracialism by presenting a lucid, yet complex meditation on category confusion and epistemological uncertainty and their political stakes for Asian Americans."

"[Ho's] engagement with the phenomenon of visuality is explicit and interesting."
— American Literary History