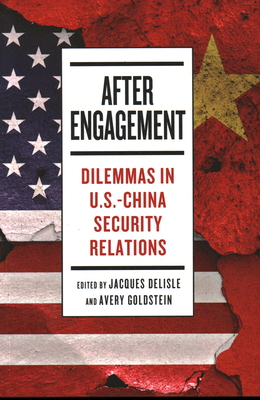 From cooperation to a new cold war: is this the future for today's two great powers?

U.S. policy toward China is at an inflection point. For more than a generation, since the 1970s, a near-consensus view in the United States supported engagement with China, with the aim of integrating China into the U.S.-led international order. By the latter part of the 2010s, that consensus had collapsed as a much more powerful and increasingly assertive China was seen as a strategic rival to the United States. How the two countries tackle issues affecting the most important bilateral relationship in the world will significantly shape overall international relations for years to come.

In this timely book, leading scholars of U.S.-China relations and China's foreign policy address recent changes in American assessments of China's capabilities and intentions and consider potential risks to international security, the significance of a shifting international distribution of power, problems of misperception, and the risk of conflicts. China's military modernization, its advancing technology, and its Belt and Road Initiative, as well as regional concerns, such as the South China Sea disputes, relations with Japan, and tensions on the Korean Peninsula, receive special focus.