Turn Me Loose: The Unghosting of Medgar Evers (Paperback) 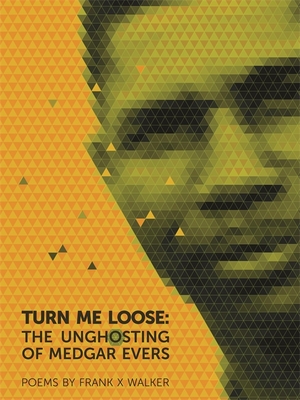 Turn Me Loose: The Unghosting of Medgar Evers (Paperback)

By Frank X. Walker
List Price: $17.95
Our Price: $16.95
(Save: $1.00 6%)
On Our Shelves Now
Around the void left by the murder of Medgar Evers in 1963, the poems in this collection speak, unleashing the strong emotions both before and after the moment of assassination. Poems take on the voices of Evers's widow, Myrlie; his brother, Charles; his assassin, Byron De La Beckwith; and each of De La Beckwith's two wives. Except for the book's title,"Turn me loose," which were his final words, Evers remains in this collection silent. Yet the poems accumulate facets of the love and hate with which others saw this man, unghosting him in a way that only imagination makes possible.
FRANK W WALKER is the 2013-2014 poet laureate of Kentucky. He is an associate professor of English at the University of Kentucky and the editor of Pluck! The Journal of Affrilachian Arts & Culture. A Lannan Literary Fellowship for Poetry recipient, he is the author of five collections of poetry, including Buffalo Dance: The Journey of York, which won the Lillian Smith Book Award, and Isaac Murphy: I Dedicate This Ride.

"Having labored in the world of the arts and in particular in the vineyards of poetry over the last fifty years, I am seldom surprised, moved or excited about the many voices-new and experienced-who occupy our rather fragile and inclusive world. Frank X Walker is an exception. His unusually perceptive and original voice commands a seat at the table. That which separates most poets is their use of language and their ability to creatively keep us reading and listening to their concept of the world we all love, live, and fight in. Read this poet."—Haki R. Madhubuti, author of Honoring Genius: Gwendolyn Brooks—The Narrative of Craft, Art, Kindness, and Justice

"Searing, brilliantly realized, these forty-nine poems exhume the history of a great American hero, Medgar Evers, whose 1963 death at the hands of white supremacist Byron De La Beckwith lit a powder keg of racial unrest in the nation and ushered in a decade of political assassinations. With their deep links to African American poetic traditions of social commentary and historical excavation, Walker's poems summon ghosts of the southern past to probe the daily horror of dehumanization under the reign of Jim Crow and the terrifying psychological roots of white supremacism, past and present."—Minrose Gwin, author of Remembering Medgar Evers: Writing the Long Civil Rights Movement and The Queen of Palmyra