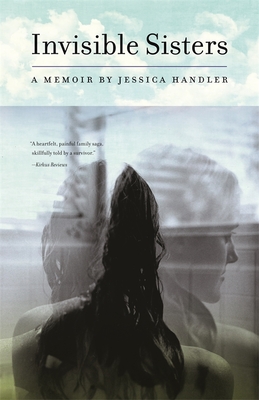 When Jessica Handler was eight years old, her younger sister Susie was diagnosed with leukemia. To any family, the diagnosis would have been upending, but to the Handlers, whose youngest daughter, Sarah, had been born with a rare, fatal blood disorder, it was an unimaginable verdict. Struck by the unlikelihood of siblings sick with diametrically opposed illnesses, the medical community labeled the Handlers' situation a bizarre coincidence. To their mother, the girls' unlikely diagnoses constituted a reverse miracle--the sort no one wishes for. By the time she was nine years old, Jessica had begun to introduce herself as the "well sibling."

Deeply moving and exquisitely written, Invisible Sisters is an extraordinary story of coming of age as the odd one out--as the daughter of progressive Jewish parents who moved to the South to participate in the civil rights movement of the 1960s, as the healthy sister among sick, and eventually, as the only sister left standing. In a book that is as hard to forget as it is to put down, Handler captures the devastating effects of illness and death on a family and the triumphant account of one woman's enduring journey to step out of the shadow of loss to find herself anew.

JESSICA HANDLER teaches creative writing in Atlanta, Georgia. She is the author of Braving the Fire: A Guide to Writing about Grief and Loss. Her nonfiction has appeared in Brevity.com, More Magazine, the Chattahoochee Review, Tin House, and Ars Medica.