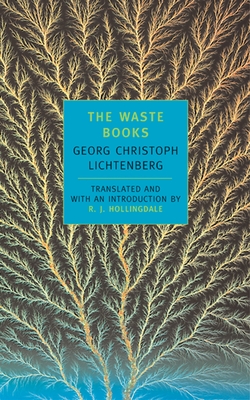 
Backordered -- Email or Call for Availability
German scientist and man of letters Georg Christoph Lichtenberg was an 18th-century polymath: an experimental physicist, an astronomer, a mathematician, a practicing critic both of art and literature. He is most celebrated, however, for the casual notes and aphorisms that he collected in what he called his Waste Books. With unflagging intelligence and encyclopedic curiosity, Lichtenberg wittily deflates the pretensions of learning and society, examines a range of philosophical questions, and tracks his own thoughts down hidden pathways to disconcerting and sometimes hilarious conclusions.

Lichtenberg's Waste Books have been greatly admired by writers as very different as Tolstoy, Einstein, and Andre Breton, while Nietzsche and Wittgenstein acknowledged them as a significant inspiration for their own radical work in philosophy. The record of a brilliant and subtle mind in action, The Waste Books are above all a powerful testament to the necessity, and pleasure, of unfettered thought.
Georg Christoph Lichtenberg was born in 1742 in Oberramstadt, Germany. In 1763 he joined the University of Gottingen where he studied mathematics and the natural sciences and, in 1770 was appointed a professor at the university. In addition to his scientific writings, he wrote Letters from England and a book on Hogarth’s etchings. Lichtenberg died in 1799.

R.J. Hollingdale (1930-2001) was born in London and after serving in the RAF became a prominent scholar and biographer of Nietzsche. Among his many translations are Nietzsche’s Thus Spoke Zarathustra, Ecce Homo, Twilight of the Idols, The Anti-Christ, and Beyond Good and Evil; A Nietzsche Reader; Goethe’s Elective Affinities; Schopenhauer’s Essays and Aphorisms; and a selection of Hoffmann’s Tales.