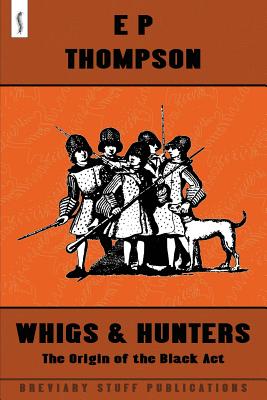 With Whigs and Hunters, the author of The Making of the English Working Class, E. P. Thompson plunged into the murky waters of the early eighteenth century to chart the violently conflicting currents that boiled beneath the apparent calm of the time. The subject is the Black Act, a law of unprecedented savagery passed by Parliament in 1723 to deal with 'wicked and evil-disposed men going armed in disguise'. These men were pillaging the royal forest of deer, conducting a running battle against the forest officers with blackmail, threats and violence. These 'Blacks', however, were men of some substance; their protest (for such it was) took issue with the equally wholsesale plunder of the forest by Whig nominees to the forest offices. And Robert Walpole, still consolidating his power, took an active part in the prosecution of the 'Blacks'. The episode is laden with political and social implications, affording us glimpses of considerable popular discontent, political chicanery, judicial inequity, corrupt ambition and crime.