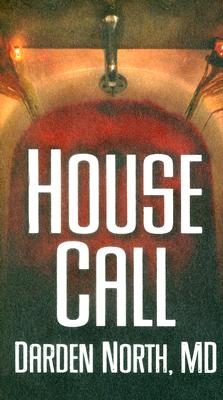 As young Dr. Knox Chamblee struggles to establish a medical practice in a southern town, both his social and professional conquests are derailed by a psychotic killer. In House Call no one connects the first victim, an attractive hospital nurse discovered floating in a bloody bathtub, to the near-frozen body of Dr. Cullen Gwinn, Chamblee’s mentor and chief proponent, found at the base of a deer stand. The primary police suspect is Dr. Aslyn Hawes, Chamblee’s female senior partner and overbearing nemesis, whose jealousy of the victims cloaks her in suspicion. In fact, Hawes resents virtually every non-patient resident of the town with the exception of the teenage ambulance driver who becomes a fixture in her Jacuzzi. That same young man sexually tempts Jay Rutledge, the conniving hospital administrator and the killer’s next target. As the murder investigation unfolds around him, Knox Chamblee evolves from potential suspect in the nurse’s murder to victim of a totally different crime – career sabotage due to reverse sexual discrimination. By squelching his own resentment and fulfilling his medical obligations, Dr. Chamblee overcomes his mentor’s death and the resulting career threat caused by a killer who has slaughtered out of mistaken identity.