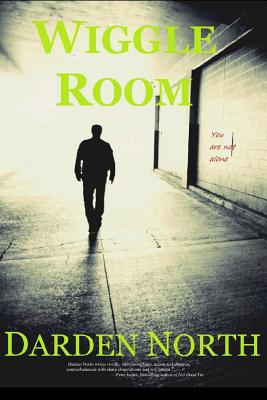 
Email or call for price.
"Darden North writes vividly, with strong pace, action and emotion, counterbalanced with sharp observations and wry humor."-Peter James, bestselling author of Not Dead Yet

Returning from overseas deployment, Air Force surgeon Major Brad Cummins resumes surgical practice with his twin brother in Mississippi and soon discovers him shot to death in a suspected robbery. When he finds their name tags mistakenly switched, Brad cannot forget an anonymous text he received that cryptically read, "I will give you a little wiggle room."

The message leaves him convinced that he was the intended target, not his brother. He wondered if it was from an Iraqi national whose life he saved, thus depriving him of martyrdom and honor in Allah's eyes. But there are others who seek death for Dr. Brad Cummins and for different reasons.

The police discount his fears as paranoia.

It is clear that Brad will never be safe until Dr. Diana Bratton, his new partner in the surgery clinic and growing love interest, pushes to uncover the truth. She takes him on a journey that leaves the reader powerless to put the book down until the final page is turned.

Darden North is an award-winning author of three thrillers: House Call, Points of Origin, and Fresh Frozen. The screenplay adaptation of Fresh Frozen is in film development. His research for Wiggle Room included interviews with a forensic pathologist, a police criminal investigator, and several physicians in the military. North has been in active medical practice for more than two decades as a board-certified obstetrician/gynecologist. He lives with his wife Sally in Jackson, Mississippi.