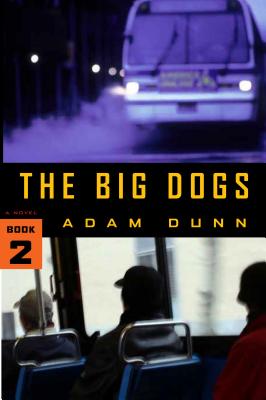 This is book number 2 in the More series.

This is the second novel in the "More" series of dystopian thrillers set in the Second Great Depression in NYC. More and Santiago's new unit is now detailed to the NYPD's most elite division to investigate the brutal mob killing of a high-profile hedge fund founder. Their team is also assigned its first Federal, and female, member (whom More and Santiago instantly dislike) from a financial-crimes division of the Treasury Department. Tensions immediately escalate when the team discovers the victim's underling is on the run with an encrypted computer drive containing information sensitive enough to draw in an array of international hit men who commence a deadly manhunt through the city. The case leads to a horrific terror plot against the city's buses in order to create a stock market crash for the benefit of the criminal mastermind who created the encrypted drive. More is turned on the loose in full combat mode over Santiago's objections and brings a taste of Afghanistan to New York City.

Adam Dunn has spent years as a freelance writer for the international press, whose byline has appeared in 18 publications in four countries, including CNN.com, BBC News Online, the SOUTH CHINA MORNING POST, and the SAN FRANCISCO CHRONICLE. During this time he cultivated extensive contacts in the military, intelligence, and finance communities, which continue to provide abundant research for his novels. He is the president and publisher of Dunn Books, and the creator of the blog CAPITAL FRIGHT. He and his family have left New York City.