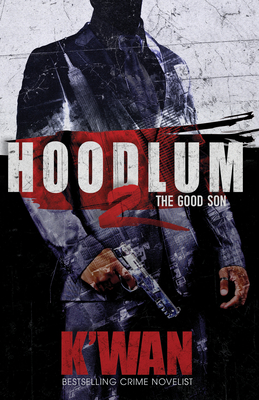 Shai Clark was an all-American basketball player with aspirations of one day making it to the NBA, but that all changed when his father was viciously murdered and he found himself thrust into the role of the new head of his family's criminal enterprise.

After waging a war on the streets of New York that lasts nearly three years, it seems like peace is finally being restored to the land and Shai can get back to focusing on continuing his father's mission to legitimize the Clark family-- but little does he know it was only the calm before the storm.

Not everyone respects his claim to the Clark empire, and when new and old enemies start to come out of the woodwork, Shai will find that inheriting the throne was one thing, but holding onto it will prove to be a far more difficult task.

K'wan is a multiple literary award winner and bestselling author of over a twenty titles which include: Gangsta, Road Dawgz, Street Dreams, Hoodlum, Eve, Hood Rat, Blow, Still Hood, Gutter, Section 8, From Harlem with Love, The Leak, Welfare Wifeys, Eviction Notice, Love & Gunplay, Animal, The Life & Times of Slim Goodie, Purple Reign, Little Nikki Grind, Animal II, The Fix, Black Lotus, First & Fifteenth, Ghetto Bastard, Animal 3, The Fix 2, The Fix 3 and Animal 4. K'wan is also the author of several dark fantasy novels written under a pseudonym. K'wan has been featured in: Vibe, Pages, King, The Library Journal, Entertainment Weekly, The New York Press, and Time Magazine, to name a few. K'wan was also the recipient of the 2012 and 13 Street Lit Book Award Medals (SLBAM) in adult fiction for Eviction Notice and Animal. His credits also include featured commentary in the award winning Documentary Iceberg Slim: Portrait of a Pimp (produced by Ice-T) as well as a reoccurring guest role on TV-One's Celebrity Crime Files. K'wan currently resides in New Jersey where he is working on his next novel.