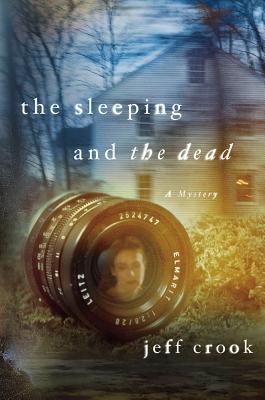 Jackie Lyons is a former vice detective with the Memphis Police Department who is trying to put her life back together: her husband has sent divorce papers, she's broke, and needs a place to live. But a failed marriage, unemployment, and most recently a fire in her apartment aren't her only problems: she also sees ghosts.

Since Jackie left the force, she's been making ends meet by photographing crime scenes for her old friends on the force, and for the occasional collector. When she is called to the murder scene of the Playhouse Killer's latest victim, she starts seeing crime scenes from a different perspective-- her new camera captures images of ghosts. As her new camera brings her occasional ghostly visitors into sharper relief, it also points her toward clues the ex-detective in her won't let go: did the man she has just started dating kill his wife? Is the Playhouse Killer someone she knows?

As Jackie works to separate natural from supernatural, friend from foe, and light from dark, the spirit world and her own difficult past become the only things she can depend on to solve the case.

A technical writer/editor for the U.S. Postal Service, JEFF CROOK is also the author of several fantasy books in the Dragonlance series including "Conundrum "and "The Thieves' Guild. "He lives in Mississippi with his wife and two sons. "The Sleeping and the Dead" is his first mystery.

“Crook brings the world of the dead and the living together perfectly in this captivating mystery starring one of the most wonderful, unlikely protagonists I’ve come across.   Jackie Lyons is a flat-out train wreck -- an ex-cop turned crime scene photographer battling addiction who happens to see dead people. You will love her, not in spite of her faults and demons, but because of them.”  --Jennifer McMahon, New York Times bestselling author of Promise Not to Tell and Don’t Breathe a Word

"There is no killing me softly in this hardboiled song from a southern city sinking into the abyss; a terrific tale hammered down on filthy keys in a lost bar.”
--Åke Edwardson, author of Sail of Stone

“Read The Sleeping and the Dead and you may never buy a camera from a stranger.”--Pieter Aspe, author of The Square of Revenge

"Crook deftly explores the human fascination with the macabre at the same time he draws attention to the reader’s own voyeuristic impulses.” --Publisher’s Weekly

“Want a ghost story/crime story/police procedural/Shakespeare lesson all twisted – really twisted – into one page-turner? See The Sleeping and the Dead.”--The Memphis Flyer

"A suspenseful blend of the supernatural and crime fiction. Jackie Lyons is a strong female detective."
--Mississippi

“This series starter should go right to the top of all bestseller lists. It is very well written, with fresh new characters, an unusual atmosphere and setting and an explosive ending. Crook’s voice is well developed although this is his first mystery . . . An excellent read that you won’t be able to put down.”