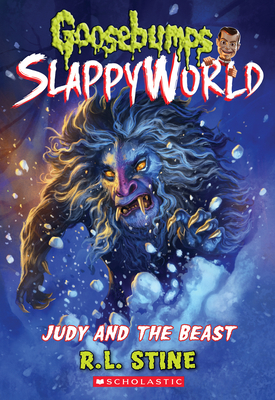 This is book number 15 in the Goosebumps SlappyWorld series.

This is Slappy's world -- You only scream in it!Judy Glassman lives with her brother, Kenny, and father, Noah, in a village at the foot of Evil Rock. Every winter, Kenny accompanies their dad up to the mansion at the top of the mountain to assist the rich, eccentric Grendel family with their house repairs. But this year, Judy convinces her dad to let her come too. Judy has heard whispers about the Beast of Evil Rock -- a half-human creature who stalks the crags. And she's determined to find out for herself if it's true. Will Judy discover the secret of Evil Rock before the Beast finds her first?
R.L. Stine is the creator of the bestselling Goosebumps series, which has more than 400 million copies in print worldwide and celebrated 25 years in 2017. Goosebumps is one of the bestselling children's series of all-time and inspired a popular television show, as well as a feature film starring Jack Black that opened at #1 at the box office. His other popular children's books include the series Fear Street, Mostly Ghostly, The Nightmare Room, and Rotten School, and his first picture book, with Marc Brown, The Little Shop of Monsters. R.L. Stine lives in New York City. You can connect with him on Twitter at @RL_Stine or Facebook: facebook.com/rlstine. For more information, visit rlstine.com and www.scholastic.com/goosebumps.