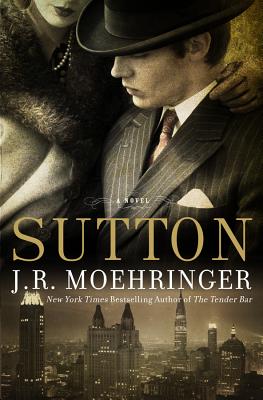 “Willie Sutton's life was stranger than fiction so it seems only appropriate that Moehringer uses the novel form to describe the fascinating existence of the bank robber who became a folk hero. As Sutton travels about New York with two reporters after his release from prison, the reader is treated to a story almost beyond belief while being transported into another era. Moehringer's eye for detail and his ability to convey a gritty life and time make for a mesmerizing story.”
— Bill Cusumano, Nicola's Books, Ann Arbor, MI

"What Hilary Mantel did for Thomas Cromwell and Paula McLain for Hadley Hemingway . . . Moehringer does for bank robber Willie Sutton" in this fascinating biographical novel of America's most successful bank robber (Newsday).

Willie Sutton was born in the Irish slums of Brooklyn in 1901, and he came of age at a time when banks were out of control. Sutton saw only one way out and only one way to win the girl of his dreams. So began the career of America's most successful bank robber. During three decades Sutton became so good at breaking into banks, the FBI put him on its first-ever Most Wanted List. But the public rooted for the criminal who never fired a shot, and when Sutton was finally caught for good, crowds at the jail chanted his name.

In J.R. Moehringer's retelling, it was more than need or rage that drove Sutton. It was his first love. And when he finally walked free -- a surprise pardon on Christmas Eve, 1969 -- he immediately set out to find her.

"Thoroughly absorbing . . . Filled with vibrant and colorful re-creations of not one but several times in the American past." --Kevin Baker, author of Strivers Row

"[J.R. Moehringer] has found an historical subject equal to his vivid imagination, gimlet journalistic eye, and pitch-perfect ear for dialogue. By turns suspenseful, funny, romantic, and sad--in short, a book you won't be able to put down." --John Burnham Schwartz, author of Reservation Road and The Commoner

J.R. Moehringer, winner of the Pulitzer Prize for feature writing in 2000, is a former national correspondent for the Los Angeles Times and a former Nieman Fellow at Harvard University. Moehringer is the author of the New York Times bestselling The Tender Bar and coauthor of Open by Andre Agassi.

"With a voice at once sentimental and muscular, Moehringer is like the kid brother of John Irving or Roddy Doyle. He brings a raconteur's grace and rhythm to his first novel, Sutton, a stirring portrait of Willie ''The Actor'' Sutton. A-."—Entertainment Weekly

"A captivating and absorbing read."—Kirkus (starred)

"Moehringer relays, in electrifying prose, the highs and lows of Sutton's dramatic life . . . Readers will be riveted by this colorful portrayal of a life in crime."—Booklist (starred)

"In Moehringer's more-than capable hands, the story has a life all its own beyond the historical fact."—The Daily Beast

"A moving and thoroughly absorbing novel. Filled with vibrant and colorful re-creations of not one but several times in the American past."—Kevin Baker, author of Strivers Row

"In Willie Sutton, the greatest bank-robber of all time, thinker and lover, escape artist extraordinaire, [J.R. Moehringer] has found an historical subject equal to his vivid imagination, gimlet journalistic eye, and pitch-perfect ear for dialogue. The result is a terrific first novel by turns suspenseful, funny, romantic, and sad-in short, a book you won't be able to put down."—John Burnham Schwartz, author of Reservation Road and The Commoner

"Sutton presents a glorious romance, a riveting heist novel, a financial history of the 20th century, a loving portrait of New York, and an empathetic portrait of the bank robber as a young man, all in one crisp, sad, and often hilarious novel. It is an utter joy to read."—Anthony Doerr, author of The Shell Collector and Memory Wall

"A mesmerizing portrait of a remarkable man . . . The author's eye for detail and sense of place make every stop on Sutton's internal and external journeys resonate-from smoking a Chesterfield to Sutton's first sight of the moon as a free man, every scene is saturated with life."—Publishers Weekly