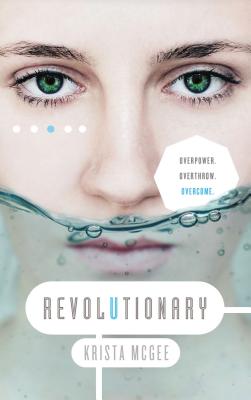 This is book number 3 in the Anomaly series.

Back in the hands of the State, Thalli is caught in a horrible game of power--with consequences reaching further than she ever imagined.

After several months aboveground, Thalli had almost forgotten what living in the State was like. Programmed to be without emotions or curiosity, she was always an anomaly there. Too emotional. Too curious. Citizens of the State should behave exactly the way the Scientists designed them to behave: work in their assigned fields, maintain productivity.

Thalli's entire genetically engineered generation has been eradicated by a scientocracy that believes human life is expendable. Now a pawn in a mad game of manipulation, held hostage, and tortured in the name of the State, Thalli can barely summon the strength to hope that the future of humanity could be any better.

She clings to her new faith in the Designer. But when she discovers that even the few villages aboveground are in danger of State domination, that fragile faith begins to crumble.

As Thalli, Berk, and Alex make plans to overthrow the evil Dr. Loudin, a chilling secret explains why they have been left alive at all . . . a personal secret that will haunt Thalli forever. And as she struggles with this new truth, she also struggles with decisions of the heart.

Can the State's expansion be stopped? Or will humanity--above and below the surface--be irreparably damaged? Thalli is faced with a purpose both overwhelming and undeniable: to assume the role of a Revolutionary.

"McGee's versatility as an author really shines with this latest offering . . ." --USAToday.com (on Anomaly)

"Anomaly grabs the reader and refuses to let go . . . One is never completely sure what is fact and what is a horrifying virtual reality. This is sure to be a favorite of teens everywhere." --Heather Burch, author of the critically acclaimed Halflings Series

When Krista McGee isn't living in fictional worlds of her own creation, she lives in Tampa and spends her days as a wife, mom, teacher, and coffee snob. She is also the author of Anomaly, First Date, Starring Me, and Right Where I Belong. Twitter: @KristaMcGeeYA Facebook: krista.a.mcgee