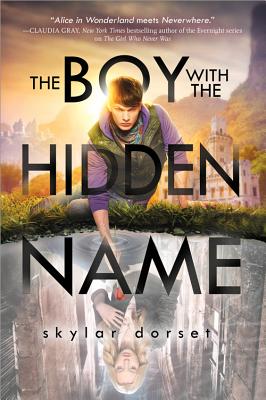 "Benedict Le Fay will betray you. And then he will die."

Betrayal and death--not quite the prophecy Selkie wanted about her first love. A half-faerie princess with a price on her head, Selkie Stewart just wants a little normal in her life. Not another crazy prophecy. Besides, she and Ben are a team. They're the two most wanted individuals in the Otherworld, and fated to bring down the Seelie Fairie Court and put an end to their reign of terror. Nothing can come between them.

Until Ben leaves.
And the sun goes out.
And the chiming bells deafen all of Boston.

The Seelies are coming. And only Selkie can stop them from destroying the world.

Otherworld Series:
The Girl Who Never Was (Book 1)
The Boy With The Hidden Name (Book 2)

What Readers are saying about The Girl Who Never Was:

"This book surprised me with its awesomeness...the voice and the writing blew me away."--AdriAnneMS, Amazon, 5 stars