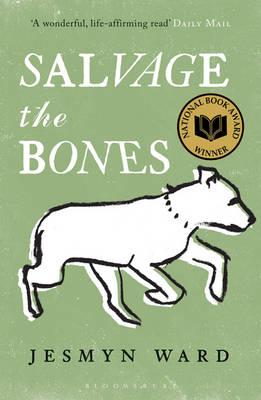 “Ward writes with a power and depth of feeling that is both rare and exhilarating. Her novel about 12 days in the life of a poor black family living on the Mississippi coast as a hurricane gathers in the gulf displays the gifts of a writer with exceptional skill and no fear. The characters seem almost to claw their way off the pages, so vividly has Jesmyn Ward created them. This is a novel of flesh and blood, heart and soul, dreams and terrors that I will not soon forget.”
— Stan Hynds, Northshire Bookstore, Manchester Center, VT

Jesmyn Ward grew up in DeLisle, Mississippi. She received her MFA from the University of Michigan, where she won five Hopwood awards for essays, drama, and fiction. A Stegner Fellow at Stanford, from 2008-2010, she has been named the 2010-11 Grisham Writer-in-Residence at the University of Mississippi. Her debut novel, "Where the Line Bleeds," was an "Essence" Magazine Book Club selection, a Black Caucus of the ALA Honor Award recipient, and a finalist for both the VCU Cabell First Novelist Award and the Hurston-Wright Legacy Award.