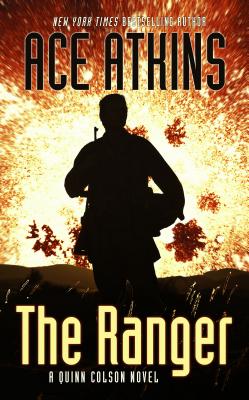 From an acclaimed, award-winning author comes an extraordinary new series about a real hero, and the real Deep South. "With terrific, inflected characters, and a dark, subtle sense of place and history, "The Ranger" is an exceptional novel."--John Sandford.
Ace Atkins is the author of the Quinn Colson novels "The Ranger," "The Lost Ones," and "The Broken Places." Atkins was also chosen by the Robert B. Parker estate to continue the highly popular Spenser novels. A former journalist who cut his teeth as a crime reporter in the newsroom of "The Tampa Tribune," he published his first novel, "Crossroad Blues," at 27 and became a full-time novelist at 30. While at the "Tribune," Ace earned a Pulitzer Prize nomination for a feature series based on his investigation into a forgotten murder of the 1950s. The story became the core of his critically acclaimed novel, "White Shadow, " which earned raves from noted authors and critics. In his next novels, "Wicked City, ""Devil's Garden," and "Infamous," blended first-hand interviews and original research into police and court records with tightly woven plots and incisive characters. The historical novels told great American stories by weaving fact and fiction into a colorful, seamless tapestry.

"The Ranger" represents a return to Ace's first love: hero-driven series fiction. Quinn Colson is a real hero--a veteran of Iraq and Afghanistan--who returns home to north Mississippi to fight corruption on his home turf. Ace lives on a historic farm outside Oxford, Mississippi with his family.