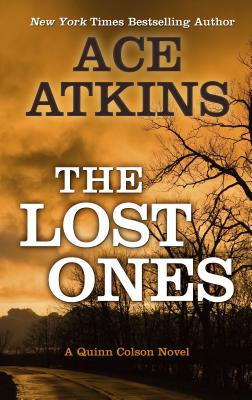 By Ace Atkins
Email or call for price

This is book number 2 in the Quinn Colson Novels series.

Fresh from 10 years as a U.S. Army Ranger, Quinn Colson finds his hands full as the newly elected sheriff of Tibbehah County, Mississippi. An old buddy running a local gun shop may be in over his head when stolen army rifles start showing up in the hands of a Mexican drug gang.

Ace Atkins, a former journalist, has written eight previous novels. He began his writing career in 1998, at age twenty-eight, when the first of four Nick Travers novels was published. In 2001, he earned a Pulitzer Prize nomination for his investigation into a 1950s murder. That murder inspired his 2006 novel "White Shadow," which was followed by three further history-based crime novels, "Wicked City," "Devil's Garden," and "Infamous." His Quinn Colson novels include "The Ranger," "The Lost Ones," and "The Broken Places." Atkins lives in Oxford, Mississippi.