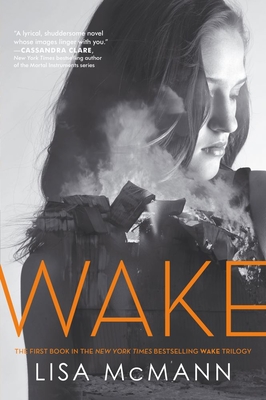 The first book in the New York Times bestselling trilogy about Janie, who is able to slip into people's dreams while the are sleeping, and the secrets and learns and must come to terms with as a result of her mysterious ability.

Not all dreams are sweet.

For seventeen-year-old Janie, getting sucked into other people's dreams is getting old. Especially the falling dreams, the naked-but-nobody-notices dreams, and the sex-crazed dreams. Janie's seen enough fantasy booty to last her a lifetime.

She can't tell anybody about what she does—they'd never believe her, or worse, they'd think she's a freak. So Janie lives on the fringe, cursed with an ability she doesn't want and can't control.

Then she falls into a gruesome nightmare, one that chills her to the bone. For the first time, Janie is more than a witness to someone else's twisted psyche. She is a participant...
Lisa McMann lives in Arizona. She is married to fellow writer and musician, Matt McMann, and they have two adult children. Her son is an artist named Kilian McMann and her daughter is an actor, Kennedy McMann. Lisa is the New York Times bestselling author of over two dozen books for young adults and children. So far she has written in genres including paranormal, realistic, dystopian, and fantasy. Some of her most well-known books are The Unwanteds series for middle grade readers and the Wake trilogy for young adults. Check out Lisa's website at LisaMcMann.com, learn more about The Unwanteds Series at UnwantedsSeries.com, and be sure to say hi on Instagram or Twitter (@Lisa_McMann), or Facebook (Facebook.com/McMannFan).