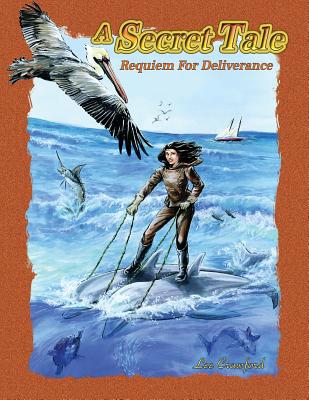 In a town called Brownsville, Lee's unassuming life is jolted by the arrival of a woman, Osaris, who carries an aura of mystery about her. Unlike most women he knows, Osaris suggests a strange world of achievement, performance, and direction. Severely feeling a lack of these lately in his life, it is perhaps little wonder that Lee is drawn to Osaris.

Finding himself in pursuit of this woman, Lee guesses that the current version of himself--at least that part of him that he cares to reveal--is hardly the kind that will find favor in the eyes of Osaris. But what can he do? Is there enough of him, in him, that could meet squarely with this challenge?
In A Secret Tale: Requiem for Deliverance, we find that the old values of valor and fortitude are not yet dead, but rediscovered with a touch of humor in the intriguing story of man who has to dig deep to get what he badly wanted for himself.

The Author Lee Crawford also is an Actor whom has appeared in numerous Commercials, TV Shows, Print, and International Commercials. His Athletics Career spanned for 4 decades ending with a traumatic head injury while playing Minor League-Semi Professional football with the MIAMI KNIGHTS SPRING LEAGUE FOOTBALL TEAM as a Stand out Wide Receiver/Kickoff Return Specialist. He is eagerly anticipating a return to the Screen and resuming a promising Acting Career.