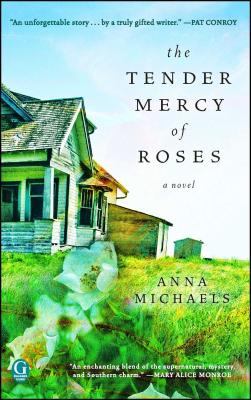 Now in paperback, the acclaimed debut novel featuring the ghost of a murdered cowgirl who guides her grief-stricken father and a disgraced former detective to her killer—and a long-hidden family secret.

The celebrated novel from a shimmering new voice in Southern fiction, Anna Michaels

At twenty-six, Pony Jones is a record-breaking legend of the rodeo circuit. And when the beloved young star’s body is discovered in the northern Alabama woods, it’s Pony’s spirit—invisible to the eye but not to the sixth sense—that guides the living to clues to her murder. Swept up in a whirlwind mystery of intense emotion are her grief-stricken father, Titus, bent on retribution; and Jo Beth Dawson, a hard-drinking former detective with an otherworldly connection with Pony—and an urgent compulsion to uncover the truth. The Huntsville rodeo leads Jo Beth to Titus, and what the unlikely partners find is more shocking than murder itself: long-buried family secrets that will bring them to search their souls for redemption . . . and tie the three of them closer than they could imagine.

Anna Michaels lives in the deep South, where her own rose garden served as her inspiration for The Tender Mercy of Roses, her debut novel. She also writes mysteries under the name Peggy Webb.

"The Tender Mercy of Roses is an unforgettable story told with astonishing skill and clarity by a truly gifted writer." -- Pat Conroy, author of The Prince of Tides

“The Tender Mercy of Roses is an enchanting blend of the supernatural, mystery, and southern charm. Anna Michael’s debut novel has magical moments of insight that took my breath away!” - Mary Alice Monroe, New York Times bestselling author

"Like the most healing of our dreams, Anna Michaels slowly unfolds a heart-mending story.The Tender Mercy of Roses moves in and out of the unseen places of the soul, exposing a magical story. Surprising wisdom startles the reader in the midst of a narrative both lyrical and powerful." - Patti Callahan Henry, New York Times Bestselling author

"I devoured this thrilling page-turner, absolutely hooked until the final scene, then went back to read again passages so lovely I wanted to savor them more fully. Now I'm spreading the word---this one is a treasure!" --Cassandra King, author of The Same Sweet Girls