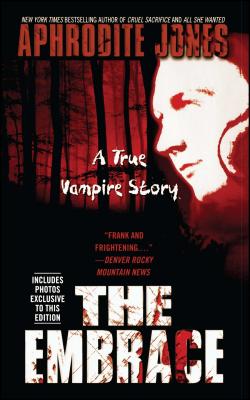 
Usually Arrives in Store in 1-5 Days
With an extraordinary talent for staring evil dead in the eye, New York Times bestselling author and journalist Aphrodite Jones plunges readers into the front lines of a modern nightmare.

On November 25, 1996, in their home in the lakeside community of Eustis, Florida, Rick and Ruth Wendorf were savagely beaten to death with a tire iron. The Wendorfs' new Ford Explorer was stolen, but this was no routine robbery gone bad. This was a crime carried out by one Roderick Ferrell, a sixteen-year-old self-avowed Antichrist. His human sacrifice was a testament to the unique and sinister bond of four brainwashed teens. Heather Wendorf was a straight "A" student, a petite blonde with wide-set brown eyes. Yet she had been heard to wish her parents "off the face of the planet." Heather never dreamed that when she joined her friends for a joyride one fall evening, her wish had already come true.

Including exclusive interviews with every living character involved in the case, The Embrace will forever change the way we look at one of the fastest-growing religious movements in the country, and its most vulnerable fold: our children.
Aphrodite Jones is the author of the New York Times bestseller Cruel Sacrifice; the bestseller The FBI Killer, which was made into an ABC-TV movie titled Betrayed by Love, starring Patricia Arquette; All He Wanted; Della's Web; The Embrace; Red Zone; A Perfect Husband; Michael Jackson Conspiracy. She began her professional writing career at age twenty-one, with a nationally syndicated column for United Feature Syndicate. A published journalist for more than twenty years, she has also worked as a radio news director, lectured about writing as an assistant professor of English, and, for the last decade, has devoted herself to human interest and hard-news stories. Born in Chicago, raised in New York, and schooled in Los Angeles, Jones now works from her home in West Hollywood. Visit her Web site at AphroditeJones.com.