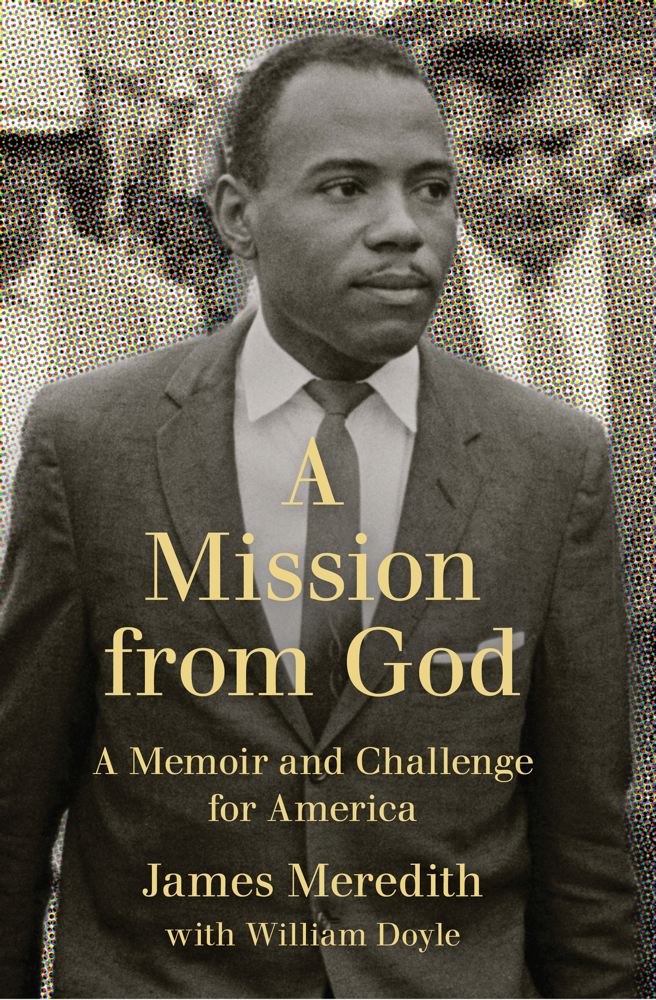 By James Meredith, William Doyle (With)
$25.00
Email or call for price.

“I am not a civil rights hero. I am a warrior, and I am on a mission from God.”

“I am not a civil rights hero. I am a warrior, and I am on a mission from God.” —James Meredith

James Meredith engineered two of the most epic events of the American civil rights era: the desegregation of the University of Mississippi in 1962, which helped open the doors of education to all Americans; and the March Against Fear in 1966, which helped open the floodgates of voter registration in the South.

Part memoir, part manifesto, A Mission from God is James Meredith’s look back at his courageous and action-packed life and his challenge to America to address the most critical issue of our day: how to educate and uplift the millions of black and white Americans who remain locked in the chains of poverty by improving our public education system.

Born on a small farm in Mississippi, Meredith returned home in 1960 after nine years in the U.S. Air Force, with a master plan to shatter the system of state terror and white supremacy in America. He waged a fourteen-month legal campaign to force the state of Mississippi to honor his rights as an American citizen and admit him to the University of Mississippi. He fought the case all the way to the Supreme Court and won. Meredith endured months of death threats, daily verbal abuse, and round-the-clock protection from federal marshals and thousands of troops to became the first black graduate of the University of Mississippi in 1963.

In 1966 he was shot by a sniper on the second day of his “Walk Against Fear” to inspire voter registration in Mississippi. Though Meredith never allied with traditional civil rights groups, leaders of civil rights organizations flocked to help him complete the march, one of the last great marches of the civil rights era. Decades later, Meredith says, “Now it is time for our next great mission from God. . . . You and I have a divine responsibility to transform America.”

James Meredith was born on a small farm in Mississippi in 1933 and served in the United States Air Force for nine years. Meredith risked his life when he successfully applied the laws of integration and became the first black student at the University of Mississippi. He earned a law degree at Columbia University Law School and became an entrepreneur, speaker and conservative activist. He is the author of the critically acclaimed Three Years in Mississippi. Today James Meredith is a tree farmer and grandfather in Jackson, Mississippi, helping to raise his grandchildren.
William Doyle is the award-winning author of Inside the Oval Office: The White House Tapes; An American Insurrection: the Battle of Oxford, Mississippi, 1962; and A Soldier’s Dream: Captain Travis Patriquin and the Awakening of Iraq (Penguin, June 2011). He lives in New York.

William Doyle is the coauthor, with former US Navy SEAL Chris Kyle, of American Gun: A History of the US in Ten Firearms. His other books include A Soldier’s Dream: Captain Travis Patriquin and the Awakening of Iraq, An American Insurrection, Inside the Oval Office, and A Mission from God (with James Meredith). He served as director of original programming for HBO, and he is co-producer of the PBS special Navy SEALs: Their Untold Story.