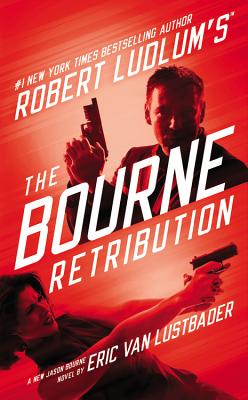 This is book number 11 in the Jason Bourne Series series.

Jason Bourne has been pursued by powerful governments--and escaped, hunted by the most skilled assassins in the world--and outsmarted them, and targeted by terrorists--and defeated their plans for global chaos, but now, Bourne wants only one thing: retribution.
Bourne's friend Eli Yadin, head of Mossad, learns that Ouyang Jidan, a senior member of China's Politburo, and a major Mexican drug lord may have been trafficking in something far more deadly than drugs. Yadin needs Bourne to investigate. Bourne agrees, but only because he has a personal agenda: Ouyang Jidan is the man who ordered Rebeka--one of the only people Bourne has ever truly cared about--murdered. Bourne is determined to avenge her death, but in the process he becomes enmeshed in a monstrous world-wide scheme involving the Chinese, Mexicans, and Russians.

Bourne's increasingly desperate search for Ouyang takes him from Tel Aviv to Shanghai, Mexico City, and, ultimately, a village on China's coast where a clever trap has been laid for him. Bourne finds himself pursued on all sides and unsure whom he can trust. As he moves closer to Ouyang, closer to avenging the woman he loved, he also moves ever closer to his own death . . .
Eric Van Lustbader is most widely known as the New York Times bestselling author of twenty international bestselling thrillers including Ninja and Black Heart. He is also the author of two successful and highly regarded series of fantasy novels, The Sunset Warrior Cycle and The Pearl Saga. His novels have been translated into over twenty languages. www.ericvanlustbader.com Robert Ludlum was the author of twenty-seven novels, each one a New York Times bestseller. There are more than 225 million of his books in print, and they have been translated into thirty-two languages. He is the author of The Scarlatti Inheritance, The Chancellor Manuscript, and the Jason Bourne series -- The Bourne Identity, The Bourne Supremacy, and The Bourne Ultimatum -- among others. Mr. Ludlum passed away in March 2001. To learn more, visit www.Robert-Ludlum.com.

"Eric Van Lustbader keeps the action and plot moving forward, and the tension never lets up...readers most assuredly will be gasping for breath as each eye-opening chapter unfolds."—Book Reporter on The Bourne Imperative

"Readers familiar with the story of Jason Bourne and Treadstone will be flipping pages as fast as they can...Van Lustbader pulls readers through the story with gusto...For series fans, a solid continuation of Bourne's story."—Booklist on The Bourne Imperative

"Established fans will find all the usual cliffhangers, hairbreadth escapes, and multiple betrayals they expect from this series."—Publisher's Weekly on The Bourne Imperative

"The twists, the nonstop action, and the multilayered plot that Ludlum fans expect are here in abundance. Fans of the Bourne films will eat this one up."—Booklist on The Bourne Dominion

"Complicated, action-packed.... it's a testament to Lustbader's skills that he can keep everyone in place and blazing away without losing track of the ongoing plot."—Publisher's Weekly on The Bourne Dominion