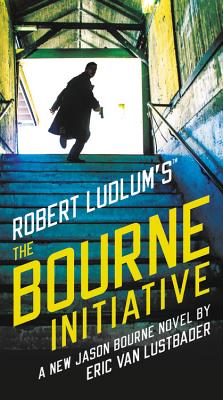 This is book number 14 in the Jason Bourne Series series.

General Boris Karpov, head of the feared Russian FSB, is dead. But Karpov has reached out from the grave with an unstoppable cyber operation he conceived before his murder, aimed at the heart of the United States--a way to steal the president's nuclear launch codes. Who has taken over the operation? Karpov trusted only one man: Jason Bourne. But can Bourne be working against his own country? The U.S. Government is convinced of his treason, and is doing everything in its power to kill him. Flushed from cover and gravely wounded, Bourne's only hope is to join forces with his bitterest enemy: a powerful Somali terrorist named Keyre, and his protoge, the Angelmaker. If he hopes to survive, Bourne has no choice but unravel the mystery of Karpov's last legacy--a weaponized code that may bring about the unthinkable: a violent end to America.
Eric Van Lustbader is most widely known as the New York Times bestselling author of twenty international bestselling thrillers including Ninja and Black Heart. He is also the author of two successful and highly regarded series of fantasy novels, The Sunset Warrior Cycle and The Pearl Saga. His novels have been translated into over twenty languages. www.ericvanlustbader.com Robert Ludlum was the author of twenty-seven novels, each one a New York Times bestseller. There are more than 225 million of his books in print, and they have been translated into thirty-two languages. He is the author of The Scarlatti Inheritance, The Chancellor Manuscript, and the Jason Bourne series -- The Bourne Identity, The Bourne Supremacy, and The Bourne Ultimatum -- among others. Mr. Ludlum passed away in March 2001. To learn more, visit www.Robert-Ludlum.com.