Cracked Up to Be (Compact Disc) 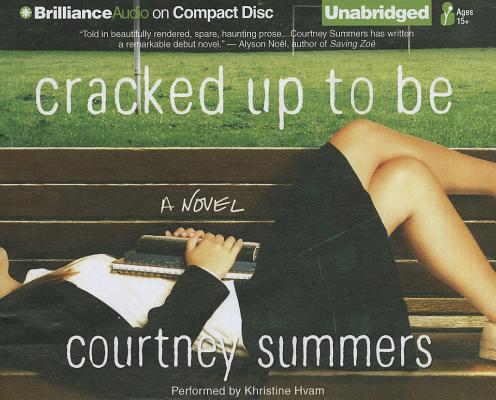 Cracked Up to Be (Compact Disc)


Email or call for price.
When "Perfect" Parker Fadley starts drinking at school and failing her classes, all of St. Peter's High goes on alert. How has the cheerleading captain, girlfriend of the most popular guy in school, consummate teacher's pet, and future valedictorian fallen so far from grace? Parker doesn't want to talk about it. She'd just like to be left alone, to disappear, to be ignored. But her parents have placed her on suicide watch and her counselors are demanding the truth. Worse, there's a nice guy falling in love with her and he's making her feel things again when she'd really rather not be feeling anything at all. Nobody would have guessed she'd turn out like this. But nobody knows the truth. Something horrible has happened, and it just might be her fault.