A Smile at Twilight (Paperback) 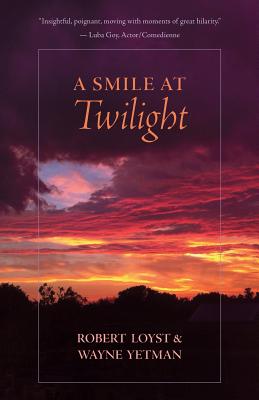 A Smile at Twilight (Paperback)


Usually Arrives in Store in 1-5 Days
(This book cannot be returned.)
When retired sales executive Robert Loyst finds himself with nothing much to do, his wife suggests he apply for a position with a likely-sounding organization: Seniors Helping Seniors. There is just one job opening, as an aide to an elderly woman...and Robert is warned that it's only available because nobody else has been able to tough it out. That's how he meets Poppy, a woman so sharp-tongued, impatient, and intolerant, that she's driven away aide after aide. Robert signs on anyway and to everyone's surprise, Poppy actually mellows in the face of his charms. In the years that follow, as Poppy engages in a valiant battle against Alzheimer's, she and Robert form a unique friendship, which lasts through the gradual loss of her faculties, and her ultimate loss of independence. Lively, amusing, instructive, and deeply touching, A Smile At Twilight offers a keen-eyed perspective on the many challenges of caring for a person with Alzheimer's.