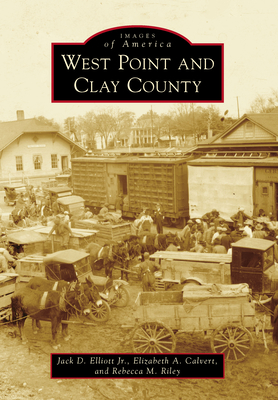 
Email or call for price.
Clay County extends from the banks of the Tombigbee River in the east across Mississippi's fertile Black Prairie, the Kilgore Hills, and ends in the Flatwoods to the west. West Point, the county seat, lies in the eastern part of the county in the midst of the Black Prairie and was first developed as a railroad center for the cotton trade during the 1850s. Today, the local economy is largely dominated by manufacturing and services. Images of America: West Point and Clay County features prehistoric Indian mounds, farms and plantations, such as Waverley on the Tombigbee, and 19th- and 20th-century homes and stores that reflect the county's charm.