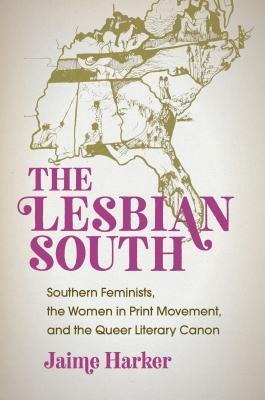 In this book, Jaime Harker uncovers a largely forgotten literary renaissance in southern letters. Anchored by a constellation of southern women, the Women in Print movement grew from the queer union of women's liberation, civil rights activism, gay liberation, and print culture. Broadly influential from the 1970s through the 1990s, the Women in Print movement created a network of writers, publishers, bookstores, and readers that fostered a remarkable array of literature.

With the freedom that the Women in Print movement inspired, southern lesbian feminists remade southernness as a site of intersectional radicalism, transgressive sexuality, and liberatory space. Including in her study well-known authors--like Dorothy Allison and Alice Walker--as well as overlooked writers, publishers, and editors, Harker reconfigures the southern literary canon and the feminist canon, challenging histories of feminism and queer studies to include the south in a formative role.