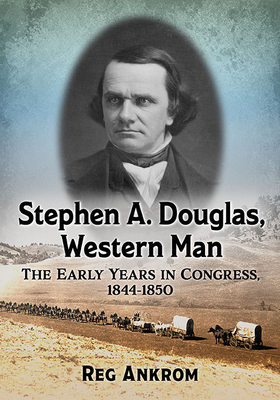 It didn't take long for freshman Congressman Stephen A. Douglas to see the truth of Senator Thomas Hart Benton's warning: slavery attached itself to every measure that came before the U.S. Congress. Douglas wanted to expand the nation into an ocean-bound republic. Yet slavery and the violent conflicts it stirred always interfered, as it did in 1844 with his first bill to organize Nebraska. In 1848, when America acquired 550,000 square miles after the Mexican War, the fight began over whether the territory would be free or slave. Henry Clay, a slave owner who favored gradual emancipation, packaged territorial bills from Douglas's committee with four others. But Clay's Omnibus Bill failed. Exhausted, he left the Senate, leaving Douglas in control. Within two weeks, Douglas won passage of all eight bills, and President Millard Fillmore signed the Compromise of 1850. It was Douglas's greatest legislative achievement. This book, a sequel to the author's Stephen A. Douglas: The Political Apprenticeship, 1833-1843, fully details Douglas's early congressional career. The text chronicles how Douglas moved the issue of slavery from Congress to the ballot box.
Reg Ankrom is a frequent writer and speaker about pre-Civil War Illinois and is working on two additional books on Stephen A. Douglas. He lives in Quincy, Illinois.