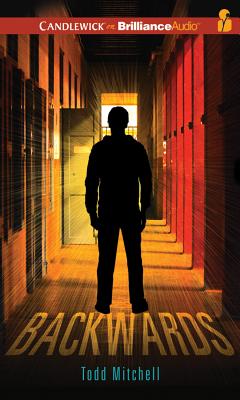 An unusual psychological thriller asks: Is it possible to fix a tragic future by changing the past--while experiencing life backwards?

At the moment Dan's life ends, the Rider's begins. Unwillingly tied to Dan, the Rider finds himself moving backwards in time, each day revealing more of the series of events that led to Dan's suicide.

As the Rider struggles to figure out what he's meant to do, he revels in the life Dan ignores. Beyond the simple pleasures of a hot shower and the sun on his face, the Rider also notices the people around Dan: his little sister, always disappointed by her big brother's rejection, his overwhelmed mom, who can never rely on Dan for help, and Cat--with her purple hair, artistic talent, and misfit beauty. But Cat doesn't want anything to do with Dan. While the days move in reverse and Halloween looms, it's up to the Rider to find out why Cat is so angry, and what he must do to make things right.

In his second novel for teens, Todd Mitchell turns time around as the Rider attempts to fix the future by changing the past and experiences the joys and heartbreak of living backwards.