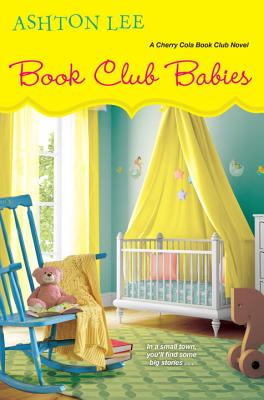 This is book number 6 in the A Cherry Cola Book Club Novel series.

In the colorful small town of Cherico, Mississippi, librarian Maura Beth McShay is preparing for an exciting new installment in her own life story—with some help from the Cherry Cola Book Club.

Overseeing the opening of Cherico’s new library has been a labor of love for Maura Beth McShay, made extra challenging by the fact that she and Jeremy are expecting their first child. And there’s another plot twist on the horizon: Jeremy’s sister, Elise, has taken a sabbatical to have a baby and will be staying in Cherico during her pregnancy.

It’s an unlikely move for the fiercely independent Elise, one that’s causing her some anxiety. Jeremy, who’s supposed to be birthing the Great American Novel, is instead testing his wife’s patience with his incessant “sympathy pains.” Resourceful as always, Maura Beth decides to use her new library as a venue for “Expecting Great Things” meetings—a sequel to her beloved book club. The weekly gatherings allow townsfolk to share hopes, fears, and practical advice about parenting and pregnancy, along with anecdotes both poignant and hilarious. And amongst the revelations and new friendships, Maura Beth, Jeremy, and the rest of the Cherry Cola Book Club prepare to meet their newest members . . .

“An intrepid librarian, a book club feast, and a cozy, heart-warming Mississippi mystery—what's not to love?” —Jamie Ford, New York Times bestselling author of Hotel on the Corner of Bitter and Sweet

Ashton Lee was born in historic Natchez, Mississippi, into a large, extended Southern family which gave him much fodder for his fiction later in life. His father, who wrote under the pen name of R. Keene Lee right after WWII, was an editor and writer in New York of what is now called pulp fiction. As a result, Ashton inherited a love of reading and writing early on and did all the things aspiring authors are supposed to do, including majoring in English when he attended The University of the South, affectionately known as Sewanee. While there, he studied Creative Writing under Andrew Lytle, then editor of the Sewanee Review, and a member of the Southern Agrarians in the 1920s.

Ashton lives in Oxford, MS, enjoying the amenities of a university town that many writers have called home. Readers can like Ashton Lee at: facebook.com/ashtonlee.net.