Confessions of an Undercover Agent: Adventures, Close Calls, and the Toll of a Double Life (Willie Morris Books in Memoir and Biography) (Hardcover) 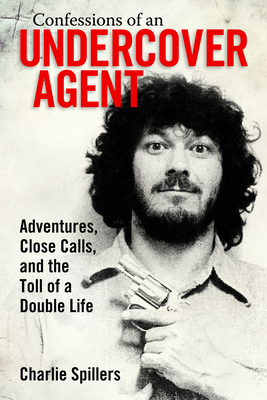 Confessions of an Undercover Agent: Adventures, Close Calls, and the Toll of a Double Life (Willie Morris Books in Memoir and Biography) (Hardcover)


On Our Shelves Now
This true story of an ex-Marine who fought crime as an undercover cop, a narcotics agent, and finally a federal prosecutor spans a decade of crime fighting and narrow escapes. Charlie Spillers dealt with a remarkable variety of career criminals, including heroin traffickers, safecrackers, burglars, auto thieves, and members of Mafia and Mexican drug smuggling operations. In this riveting tale, the author recounts fascinating experiences and the creative methods he used to succeed and survive in a difficult and sometimes extremely dangerous underworld life. As a young officer with the Baton Rouge Police Department, ex-Marine Charlie Spillers first went undercover to infiltrate criminal groups to gather intelligence. Working alone and often unarmed, he constantly attempted to walk the thin line between triumph and disaster. When on the hunt, his closest associates were safecrackers, prostitutes, and burglars. His abilities propelled him into years of undercover work inside drug trafficking rings. But the longer he worked, the greater the risks. His final and perhaps most significant action in Baton Rouge was leading a battle against corruption in the police department itself. After Baton Rouge, he joined the Mississippi Bureau of Narcotics and for the next five years continued working undercover, from the Gulf Coast to Memphis; and from New Orleans to Houston, Texas. He capped off a unique career by becoming a federal prosecutor and the justice attach for Iraq. In this book, he shares his most intriguing exploits and exciting undercover stings, putting readers in the middle of the action.