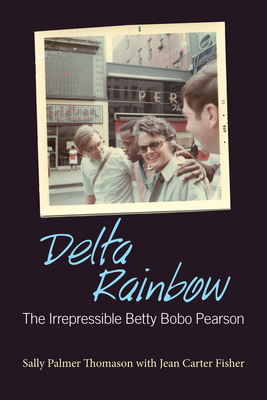 By Sally Palmer Thomason, Jean Carter Fisher (With)
$26.00
On Our Shelves Now

Betty Bobo Pearson (b. 1922), a seventh-generation, plantation-born Mississippian, defied her cultural heritage--and caused great personal pain for her parents and herself--when she became an activist in the civil rights movement. Never fearing to break the mold in her search for the "best," in her nineties she remains a strong, effective leader with a fun-loving, generous spirit. When Betty was eighteen months old, a train smashed into the car her mother was driving, killing Betty's beloved grandfather and severely injuring her grandmother. Thrown onto the engine's cow catcher, Betty lived and did not remember the accident. She did, however, grow up to fulfill her grandmother's prediction: "Betty, God reached down and plucked you from in front of that train because he has something very special he wants you to do with your life." In 1943, twenty-one-year-old Betty, soon to graduate from the University of Mississippi, received a full-tuition scholarship to Columbia Graduate School in New York City. Ecstatic, she rushed home to tell her parents. "ABSOLUTELY NOT. There is no way I'll allow my daughter to live in Yankee Land," her father replied. After fierce argument and much door slamming, Betty could not defy her father. But she had to show him she was her own person. Her nation was at war--so Betty joined the Marines. After the war, Betty married Bill Pearson and became mistress of Rainbow Plantation in the Delta. In 1955, she attended the Emmett Till trial (accompanied by her close friend and budding civil rights activist Florence Mars) and was shocked by the virulent degree of racism she witnessed there. Seeing her world in a new way, she became a courageous and dedicated supporter of the civil rights movement. Her activities severely fractured her close relationship with her parents. Yet, as a warm friend and bold, persuasive leader, Betty made an indelible mark in her church, in the Delta communities, in the lives of the people she employed, and in her beautiful garden at Rainbow.