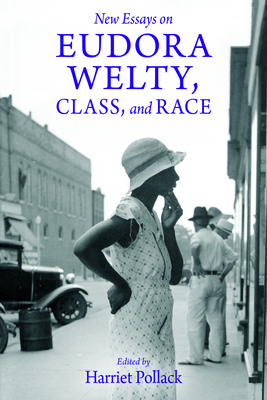 The year 2013 saw the publication of Eudora Welty, Whiteness, and Race, a collection in which twelve critics changed the conversation on Welty's fiction and photography by mining and deciphering the complexity of her responses to the Jim Crow South. The thirteen diverse voices in New Essays on Eudora Welty, Class, and Race deepen, reflect on, and respond to those seminal discussions. These essays freshly consider such topics as Welty's uses of African American signifying in her short stories and her attention to public street performances interacting with Jim Crow rules in her unpublished photographs. Contributors discuss her adaptations of gothic plots, haunted houses, Civil War stories, and film noir. And they frame Welty's work with such subjects as Bob Dylan's songwriting, the idea and history of the orphan in America, and standup comedy. They compare her handling of whiteness and race to other works by such contemporary writers as William Faulkner, Richard Wright, Toni Morrison, Chester Himes, and Alice Walker. Discussions of race and class here also bring her masterwork The Golden Apples and her novel Losing Battles, underrepresented in earlier conversations, into new focus.

Moreover, as a group these essays provide insight into Welty as an innovative craftswoman and modernist technician, busily altering literary form with her frequent, pointed makeovers of familiar story patterns, plots, and genres.

Harriet Pollack is affiliate professor of American literature at College of Charleston. She is author of Eudora Welty's Fiction and Photography: The Body of the Other Woman, and her previous edited and coedited volumes include Eudora Welty, Whiteness, and Race; Emmett Till in Literary Memory and Imagination; Having Our Way: Women Rewriting Tradition in Twentieth-Century America; and Eudora Welty and Politics: Did the Writer Crusade? She was the 2008 recipient of the Phoenix Award for outstanding contributions to Eudora Welty scholarship and has twice served as president of the Eudora Welty Society.