In Faulkner's Shadow: A Memoir (Willie Morris Books in Memoir and Biography) (Hardcover) 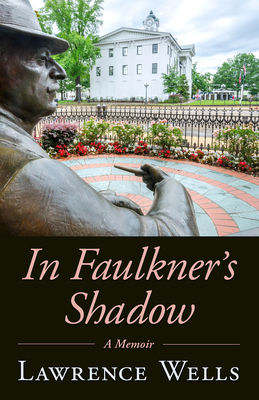 In Faulkner's Shadow: A Memoir (Willie Morris Books in Memoir and Biography) (Hardcover)


On Our Shelves Now
What happens when you marry into a family that includes a Nobel Prize winner who is arguably the finest American writer of the twentieth century? Lawrence Wells, author of In Faulkner's Shadow: A Memoir, fills this lively tale with stories that answer just that. In 1972, Wells married Dean Faulkner, the only niece of William Faulkner, and slowly found himself lost in the Faulkner mystique. While attempting to rebel against the overwhelming influence of his in-laws, Wells had a front-row seat to the various rivalries that sprouted between his wife and the members of her family, each of whom dealt in different ways with the challenges and expectations of carrying on a literary tradition. Beyond the family stories, Wells recounts the blossoming of a literary renaissance in Oxford, Mississippi, after William Faulkner's death. Both the town of Oxford and the larger literary world were at a loss as to who would be Faulkner's successor. During these uncertain times, Wells and his wife established Yoknapatawpha Press and the quarterly literary journal the Faulkner Newsletter and Yoknapatawpha Review. In his dual role as publisher and author, Wells encountered and befriended Larry Brown, Barry Hannah, Willie Morris, and many other writers. He became both participant and observer to the deeds and misdeeds of a rowdy collection of talented authors living in Faulkner's shadow. Full of personal insights, this memoir features unforgettable characters and exciting behind-the-scene moments that reveal much about modern American letters and the southern literary tradition. It is also a love story about a courtship and marriage, and an ode to Dean Faulkner Wells and her family.
Lawrence Wells is the director of Yoknapatawpha Press in Oxford, Mississippi, which he established with his late wife Dean Faulkner Wells. Wells cofounded the quarterly literary journal The Faulkner Newsletter and Yoknapatawpha Review. Author of two historical novels, Rommel and the Rebel and Let the Band Play Dixie, Wells was awarded the 2014 Faulkner-Wisdom gold medal for narrative non-fiction at the Words and Music Festival in New Orleans. He scripted the Emmy-winning 1994 PBS regional documentary Return to the River narrated by James Earl Jones.