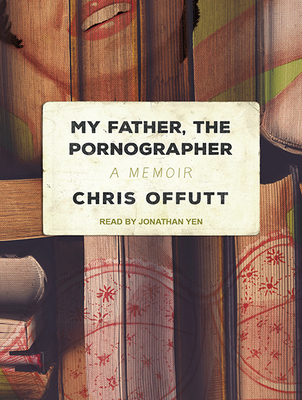 By Chris Offutt, Jonathan Yen (Narrated by)
$29.99
Usually Arrives in Store in 1-5 Days

When Andrew Offutt died, his son, Chris, inherited a desk, a rifle, and eighteen hundred pounds of pornographic fiction. Andrew had been considered the "king of twentieth-century smut," with a writing career that began as a strategy to pay for his son's orthodontic needs and soon took on a life of its own, peaking during the 1970s when the commercial popularity of the erotic novel reached its height. With his dutiful wife serving as typist, Andrew wrote from their home in the Kentucky hills, locked away in an office no one dared intrude upon. Here he wrote more than four hundred pornographic novels. The more he wrote, the more intense his ambition became and the more difficult it was for his children to be part of his world. Over the long summer of 2013, Chris returned to his hometown to help his widowed mother move out of his childhood home. As he began to examine his father's manuscripts, memorabilia, journals, and letters, he realized he finally had an opportunity to gain insight into the difficult, mercurial, sometimes cruel man he'd loved and feared in equal measure. Only in his father's absence could he truly make sense of the man and his legacy.Contains mature themes.